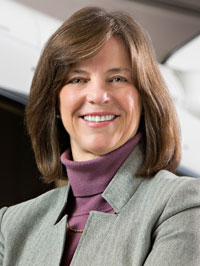 Dr. Dunbar is a retired NASA astronaut, engineer and educator, currently with Texas A&M Engineering as the John and Bea Slattery Chair in the Department of Aerospace Engineering. Her laboratory, the Aerospace Human Systems Laboratory (AHSL) is engaged in research related to human space systems, such as spacesuits and habitats; the physiological effects of partial gravity; and the study of partial gravity fluid physics as applied to space exploration engineering. She is also the group lead for Systems, Design and Human Integration (SDHI) within the Aerospace Engineering Department. She also is directing the building and installation of a human rated short arm research centrifuge, formerly operated by NASA, for artificial research supporting human missions to the Moon and Mars.

Dunbar previously worked for The Rockwell International Space Division Company building the Space Shuttle Columbia in the 1970s and then worked for 27 years at NASA, as a flight controller and as a mission specialist astronaut, where she flew five space shuttle flights, logging more than 50 days in space. After being selected into the Senior Executive Service (SES), she served for 7 years in various capacities. Her executive service included assistant NASA JSC director for university research; deputy director for Flight Crew Operations; Associate Director for ISS Mission Operations development, and NASA headquarters deputy associate administrator for the Office of Life and Microgravity Sciences and Applications (OLMSA).
After retiring from NASA, Dunbar became president and CEO of The Museum of Flight in Seattle, where she established a new Space Gallery and expanded its K12 STEM educational offerings. She has also consulted in aerospace and STEM education as the president of Dunbar International LLC, and is an internationally known public speaker and advocate of science, engineering and mathematical studies.