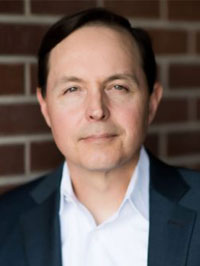 Dylan Taylor is a global business leader, thought leader, commercial astronaut and philanthropist. A vanguard in the NewSpace sector, Taylor has been cited by Harvard University, SpaceNews, the BBC, CNBC, CNN and others as having played a seminal role in the growth of the private space industry. He is also widely considered the most active private space investor in the world.

As the Chairman and CEO of Voyager Space, Dylan Taylor’s influence drives much of the innovation and advancement of the space industry. However, his influence doesn’t end there. His philanthropic impact in the industry began as the founder of the nonprofit and social movement, Space for Humanity, which seeks to democratize space exploration and develop solutions to global issues through the scope of human awareness to help solve the world’s most intractable problems. Dylan is also the Co-Founding Patron of the Commercial Spaceflight Federation, which promotes the growth of commercial space activity. Additionally, Dylan serves as a strategic advisor for both the Archmission and the Human Spaceflight Program. He is also a leading benefactor to the Brooke Owens Fellowship, Patti Grace Smith Fellowship and Mission: Astro Access.

Dylan’s technical background and passion for the space industry makes him not only one of the leading experts, but also a unique figure within the industry due to his own personal spaceflight experience. On December 11th, 2021, Dylan became just the 606th human to go to space as part of the crew of Blue Origin’s New Shepard Mission 19. Dylan consequently earned his commercial astronaut wings with the FAA.

Dylan’s passion has also primed him as a leading advocate of space manufacturing and the utilization of in-space resources to further space exploration and settlement. In 2017 he became the first private citizen to manufacture an item in space when the gravity meter he co-designed and commissioned was 3D printed on the International Space Station. The historic item is now housed in the Museum of Science and Industry in Chicago.

As a thought leader and futurist, Taylor has written several widely read pieces on the future of the space industry for Forbes, FastCompany, SpaceNews, Newsweek, The Space Review, and Space.com. As a speaker, Dylan has keynoted many of the major space conferences around the world and has appeared regularly on Bloomberg, Fox Business, and CNBC.

As a global business leader Dylan has been Fortune 1000 executive in several industries including advanced electronics, finance and real estate serving in the roles of CEO, President and Board Director for multinational companies including Prudential plc, Honeywell, UMB Bank, Colliers and Jones Lang LaSalle. He has had P&L responsibility in excess of $2B with 15,000+ employees in 60+ countries.

For his influence as a global leader and his commitment to creating a positive impact on the world, the World Economic Forum recognized Dylan as a Young Global Leader in 2011 and later named him as a full member of the Forum and a Governor of the Space cohort. In addition, Dylan is a Henry Crown Fellow of the Aspen Institute and in 2020, Dylan was recognized by the Commercial Spaceflight Federation with their top honor for business and finance, following in the footsteps of 2019’s inaugural winner, the late Paul Allen.

Dylan Taylor earned his MBA in Finance and Strategy from the Booth School of Business at University of Chicago and holds a BS in Engineering from the honors college at the University of Arizona, where he graduated Tau Beta Pi and in 2018 was named Alumnus of the year. In 2013, he attended the Global Leadership and Public Policy for the 21st Century program at Harvard University.